Back to all posts

In Golden Times the world was mine

The World Was Mine!!!

There are moments in life where things appear confusing.  Damn right demoralizing.  Those moments when you have no idea what you are doing or where you are going.  I must admit that I've frequented this train many a night.  I can also admit that I've almost given up this crazy dream a time or two.  But as always, and I mean always, music is my saving grace.  It's my curse, my blessing, and everything in between.

This is not new to me you understand.  I've known this fact for more than two decades.  And I've also known the feeling.  You know? That feeling in your gut when you create a Gem.  It's a vibration that feeds on itself.  To put it in golfing terms (not sure why I'm doing this), It's that sweet spot when you crush a drive down the fairway.  You can play like crap all day, but that one drive.  That one shot.  It will keep you coming back every time. That's how it is for me when Gems are born.

When I release new material to the world, I'm usually left a bit hollow and vulnerable.  I know that may sound silly, but when I share my soul in a song, a piece of me remains for all to see.  And by leaving these pieces behind, new ones suddenly appear.  These new stories allow me to heal, to love, to forgive.  As an artist, this is the most crucial part of your journey in my opinion.  To find the next Gem in your heart.

In Golden Times was inspired by a popular children's book called Salt Water Taffy by Eric DelaBarres.  A dear friend of mine, who we shall call Money, turned me on to the book a couple of years back.  The story is about a group of kids at their most magical moments.  There are adventures, treasure hunting, daring escapes, first loves.  The whole works.  I remember seeing the Goonies for the 1st time as a boy.  I was captivated.  I so wanted to be on an adventure.  Salt Water Taffy is in the same vein with all of the excitement.

The idea for the song came from Money in fact.  The plan was to pitch the tune to the Author of Salt Water Taffy himself.  In hopes that he would love the idea, and more importantly, want to use the music for the movie version that is in production.  I thought to myself, "Imagine the magic that could spark from such a opportunity?"  Always the optimist.  However, after I read the book, I truthfully had nothing to say.  It was like I forgot those feelings.  Those emotions.  The story is wonderful and it definitely took me back to my youth, but I couldn't find the inspiration to write.  I was rather concerned to say the least.

But time finds a way to remedy any problem.  Almost a year goes by without a thought of the idea.  Then one day it happened.  I had a moment of clarity.  It began when I found an old picture from my childhood.  Wow the memories.  That world that I fought so hard to grow out of, came pouring back to me in a flash flood.  "The World is Mine!" kept flashing in my head.  You remember that feeling right? That feeling that anything is possible.  It was real because you believed it was real.

I could see my friends and I playing soldier in the fields.  We'd wake up early on those summer mornings so we could get enough play in before the sun went down.  I was amazed how much I remembered.  I began seeing myself in school waiting for that special girl to walk down the hall.  My first love!  There was not one part of me that didn't act a fool in order to get her attention.  And for the longest time, she had no idea I even existed.

In Golden Times brought back something in me that I had no idea I was even missing.  As a young boy, I wrote poetry.  Living life as a hopeless romantic.  Of course I never shared my work with anyone.  Not in my neighborhood.  Not with my friends.  I would have been ripped to shreads.  But as manhood took hold, I found that the magic disappeared.  Or I simply forgot.  The thing is, everyone can relate to this story.  It resonate because we've all lived it for ourselves.  And in our own unique way.

When I started writing this song, I found that missing piece.  That part of me that could see beyond what I believe to be real.  There will always be struggles in life, and therefore, there will always be victory's.  I believe It's how we choose to see ourselves that truly matters.  I could see myself as that hopeless romantic again.  That young boy dreaming of greatness and adventure.  I wanted it all... 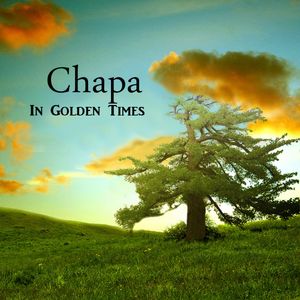